Bourbon Roses are named after Ile de Bourbon a small island in the Indian Ocean (now known as Reunion) which was once a French Colony but is now an "Overseas Department of France", whatever that means. The Bourbon Rose was a natural cross between Rosa chinensis and Rosa damascena bifera, these two pollen parents being a popular choice for hedging on the Island so there was obviously some horticultural hanky-panky going on in the hedge-rows. There are several disputed claims as to who saw this chance seedling first however it remains undisputed that seeds of this "new" rose were sent to France around 1817. There they were grown by the head gardener to King Louis-Philippe and became known as "Rosier de I'lle Bourbon". A very similar rose - many say exactly the same - grew in the Calcutta Botanic Gardens around the same time and was known in India as Rose Edouard. Perhaps the original seed was more widely distributed than first thought?

Still, no matter who did what with whom and where they were when they did it, there is no doubt that French horticulturists were the first to recognize the potential of the Bourbon. They went on to reproduce an extremely popular group of roses which we still enjoy in our gardens today. Perhaps the most celebrated of these is Souvenir de la Malmaison - named after Empress Josephine's garden at Malmaison. The Empress, better known to gardeners as a great Rosarian rather than being the second Mrs Bonaparte continues to be a constant and important thread in our Rose story. Souvenir de la Malmaison is a rose that loves the warmth perhaps harking back to its origins in that little Island in the sun. Other desirables are La Reine Victoria, Mme Isaac Pereire, Mme Ernst Calvat and Commandant Beaurepaire (Vince's favourite Rose) - I know, that's a "treadful" joke! 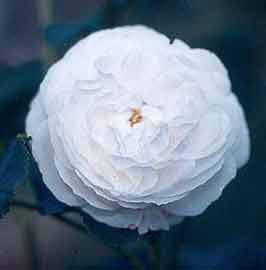 Bourbon. This rose grows into a slender upright shrub with mid green foliage. The buds are tinted with crimson but open to reveal pure white, highly fragrant blooms with perfect symmetry. Generous with regular clusters of bloom throughout the season. 1867 France.

Bourbon. First off this Rose has got nothing to do with Vince Martin! Originating from France in 1874 it grows into a tall shrub that flowers abundantly in summer. The blooms are beautifully fragrant, fully double, globular and toned rose pink with splashes of deep carmine. Light green, healthy foliage.

Commandant Beaurepaire was a French Army officer (1740-1792). His name can be found engraved on the Arch de Triomphe in Paris.

Bourbon. The heritage of this rose is unknown but general consensus by rose lovers is that it is one of the nicest striped roses to be found. Delicate shades of lilac and purple on a large cupped blooms complemented by lush foliage. Few thorns, plenty of blooms and a delicious fragrance. Lovely.

This rose can be trained successfully as a small climber.

Climber Bourbon. A lovely and long flowering rose with a generous amount of blooms and few thorns. The flowers are fragrant, semi-double, pink and quite charming. Being almost thorn-less it is perfect for a prominent position. Will tolerate some shade. 1919.

aka The Shell Rose

Bourbon. The slender canes of this lovely old fashioned rose are long and willow-like. The rose pink blooms are medium sized, perfectly cupped and fabulously fragrant. Repeats well from summer to autumn if treated kindly. From France 1872. Sometimes called 'The Shell Rose'.

aka AKA Madame de Stella

Bourbon. The petals of this lovely rose are perfectly arranged to form very large blooms that are double and shaded a rich rose pink. An exquisite fragrance delights the nose, the relatively thorn free stems delight the gardener. Tall, vigorous and generous with bloom quantity throughout the season. 1851.

Bourbon. This rose is named after the famous garden of the Empress Josephine - wife of Napoleon Bonaparte who collected roses from all over the world. Blooms are delicately perfumed, double, quartered and, blush white with pale pink shadings. Likes sunny a position as this French Madame doesn't like getting wet. 1843

Climber. This popular cottage garden rose is commonly known as the Thornless Rose as, you guessed it, the stems are thorn free. Semi-double, cheerful cerise blooms that are sweetly fragrant decorate the plant from summer on-wards with their abundant display. From France - 1868.