If ever there was a generous tree, it is the Mandarin. Even when it is still quite small, it smothers itself in fruit and is therefore well worth growing. Like all citrus varieties, it likes a well-drained, friable, slightly acid soil and full sun. Initial protection from wind in the summer months will help it to become established.

The blossoms of the mandarin are heavily perfumed and can be quite intoxicating in the evening.The fruit is oblate, rather than spherical, and roughly resembles a small pumpkin in shape. Mandarins are usually eaten plain, or in fruit salads and kids love to lie under the tree and eat them by the dozen. This is certainly because the fruit is easily peeled with the fingers, and can be spilt into even segments without spilling juice. This makes it convenient to eat, as one doesn't require utensils to peel or cut the fruit.


In the simplest hybridizations, a cross between tangerine and orange is called a tangor, while a cross between tangerine and grapefruit is called a tangelo. Hybrids that include tangerine, grapefruit and orange are simply called citrus hybrids. Because all tangerines are mandarins but not all mandarins are tangerines, mandarins are commonly separated into four groups: Mediterranean – originating in the Mediterranean Basin – probably Italy, King – originating in Vietnam, Satsuma – from Japan, and Tangerines – which came from Algeria.

The Mandarin tree is more tolerant to drought than the fruit. Mandarins are grown in tropical and subtropical areas worldwide, although best color and quality usually occurs under subtropical conditions. As a group, mandarins are among the most cold-hardy of citrus fruits, being second only to kumquats. Most mandarin trees are more erect than other kinds of citrus trees and many exhibit a drooping habit because of rather long, willowy branches.

The wood is somewhat more brittle than other citrus and limb breakage is common under heavy fruit loads unless some sort of suport is provided. When planting, be aware that some trees will have been container-grown in a soilless medium--which makes the trees rather difficult to establish without special care. At planting, use a gentle stream of water from the garden hose to wash an inch or so of the medium from all around the root ball, thereby exposing the peripheral roots. Thus, the outer roots are placed in contact with the soil of the planting site and growth commences almost immediately.

Citrus. The fruit is usually flattened with a thin, smooth, orange rind that is easy to peel. The fruit is low-seeded in the absence of cross-pollination. The flesh is orange-coloured and juicy, with a rich and sweet flavor. Evergreen.

Citrus. A popular early maturing variety that has small, sweet juicy fruit of good colour and flavour. Produces from a young age. Happiest in a sunny well drained position. Remove fruit with sharp secateurs a few centimetres above the stalk. Evergreen.

An ideal container plant which will be both ornamental and productive. Citrus do well in containers as long as they are fed and watered regularly.

This Mandarin was developed on the French Island of Corsica where Mandarins are widely grown - of 'coursica'! 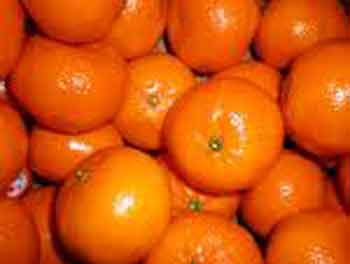 This Mandarin was developed on the French Island of Corsica where Mandarins are widely grown - of 'coursica'! 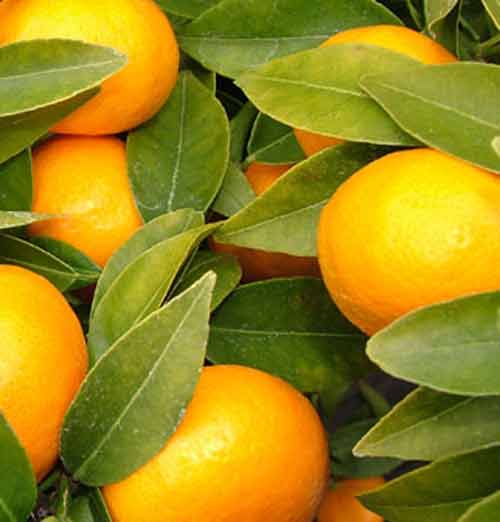 Citrus. Medium sized, very juicy, thin skinned fruit, almost seedless. Ripens December holding fruit until around March. For the best flavour leave on the tree for about a week after the skin has turned completely orange. Mandarins are happiest in a sunny well drained position. Evergreen.

When harvesting the fruit use sharp secateurs and cut a few centimetres above the stalk.

Citrus. Kara Mandarin has thin easy peel skin and delectable juicy fruit that ripen in spring. Forms a small oval tree with a dense branch pattern. Needs a sheltered warm spot with protection from frost. As with all Citrus your Mandarin will reward you best if fed and watered regularly. Evergreen.

Citrus. Large, easy peel flattened fruit with a good sweet flavour. Prolific bearer from May through to June. Forms quite a large tree for a Citrus with a spreading canopy. Plant in a warm sunny position and remember when picking the fruit to cut off with sharp secateurs. Evergreen.

Citrus. 'Miho' is very early ripening with fruit ready to eat from April/ May. The easy peel, flat fruit has a mild sweet taste. Excellent ornamental Citrus for a container or equally at home in a sunny spot in the garden. Prefers a well drained position. Evergreen.

Citrus. Satsuma. Quite large typically 'flattened' fruit with smooth thin rind that is easy to peel. Sweet tangy flavour. Early June ripening, lovely to eat straight off the tree and straight into the mouth. Happiest in a sunny well drained position. Evergreen. 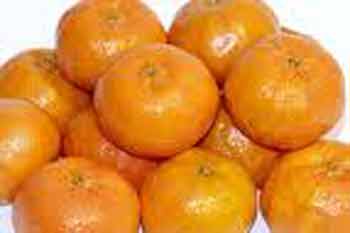 Citrus. Richard's Special is a top quality Mandarin with large, sweet, easy peel fruit that have an excellent flavour. The fruit is ripe from August through to October. Happiest in a sunny spot with well drained soil and protection from harsh frost. Evergreen.